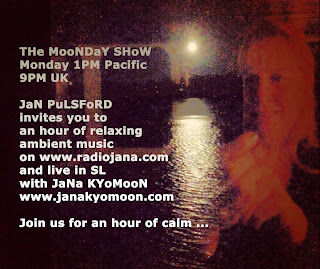 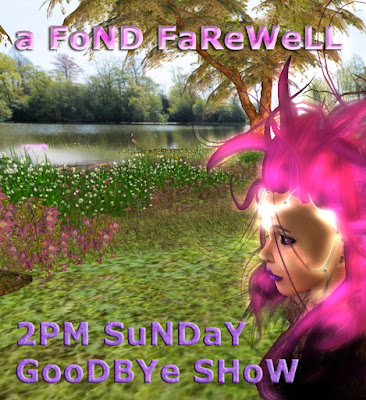 Over the past 10 years ago played and streamed my ambient music to thousands of people on line using the virtual persona JaNa KYoMooN - not really that different from any music artist using a stage or band name.

The shows were performed mostly in a virtual world called Second Life where forward thinking creatives expand the art of performance in ways not possible in a real environment and people use their avatars to 'be who they want to be’.

And why in the past tense? - well I am refusing to send government issued legal documentation recently required by Linden Labs - I don’t normally send copies of my passport, driving license, social security card, utility bills to anyone on line and most certainly will not be compliant to their request.

Consequently they have frozen my account and will be blocking JaNa KYoMooN within 30 days.
JaNa KYoMooN in Second Life will be laid to rest at the end of this month.
Sunday 21st is the last GoodBYe WeeKeND SHoW - 2PM SLT in MeDora's Garden
I hope you will join us for one last time -Thanks to everyone for their support over the years - i look forward to blogging the memories!
There are new plans in the pipeline so watch this space!
Posted by JaN PuLSFoRD No comments: 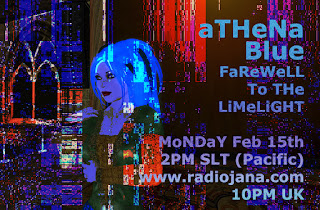 2Pm aTHeNa BLue says Farewell tonight virtually live at the Limelight - Jana's hooligan sister is going back into hibernation so if you want a bit of edgy electronica and remixes of remixes come and say goodbye to Roxy and the Limelight and aTHeNa and join us for one last hour of hooliganistic electronica on Monday Feb 15th. 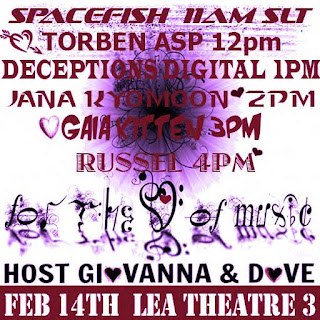 JaNa takes the stage at 2PM
http://maps.secondlife.com/secondlife/Jaxipun/80/241/22
Posted by JaN PuLSFoRD No comments: 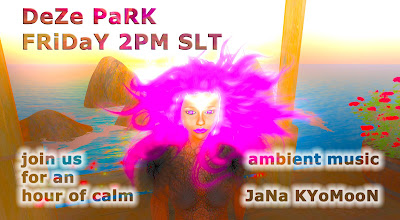 Friday 2PM DeZe Park in SL - an hour of ambient virtual magical music with JaNa KYoMooN
Come and Relax for a musical massage - Set your mind and your environment to midnight at Delphia's DeZe Park
Hope to see you there ..
Live on Radio JaNa too - of course
JaNa
http://maps.secondlife.com/secondlife/Cool%20World/21/219/10
Posted by JaN PuLSFoRD No comments: 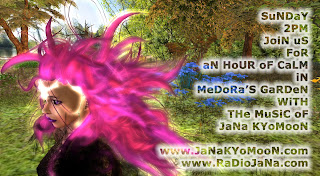 Sunday 2PM SLT The GoodBYe WeeKeND SHoW - time travel to an hour of calm
http://radiojana.com and in Medora's Garden
Looking forward to this very much Join me for an hour of ambient reflections!